Jogindernagar is the only city in Asia continent having three Power houses simultaneously. The vision of the hydel project scheme was to construct five power stations using the same water that is drawn from the Uhl River. Shanan Power House of Jogindernagar is the oldest Hydro-electric power house of India and one of the oldest powerhouses of the world.

The Shanan Power House was designed, created and built by British Engineer Colonel B.C. Batty and his team in collaboration with the then ruler of Joginder Nagar region, Raja Karan Sen. It is situated 2 km from the main city and is very educational and intersting to visit. Most of the credit of creation of Jogindernagar area and to make it a popular town goes to the Shanan Power House Project.

To bring man power and material for project work to the site, a railway line was built from Pathankot to Joginder Nagar. To deliver construction material to hill top for making water reservoir at Haulage way system was created there.

A train from Pathankot to Joginder Nagar still runs on this track in regular intervals but its being a narrow gauge track the speed of the train is much outdated and only useful for tourism perspective and carry heavy materials. The HP government has failed to pay attention towards the scope of this railway line which can prove useful to link hill areas of Mandi and Kullu Districts, in particular.

In the begining the Shanan Power House was build on somewhat low capacity turbines but later more high capacity turbines were implemented. The power house in HP but is still under Punjab State Govt for the sake of some agreement among center and/or state governments. Inspite of utilizing local human and natural resources and industrial efforts put by the rular of the region, whole of the revenue generated by this power house goes to Punjab Government. The government of himachal has failed to pay attention toward the matter and still neglecting which is very shocking and strange from the local and states point of view.

The plan was to use the water for 5 power projects, but could not be completed due to death of Mr. Batty, and it was stuck with only 2 power stations, the other being Bassi Power Station. The stage III, however, is under construction. 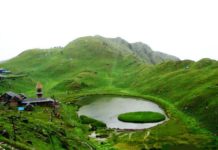 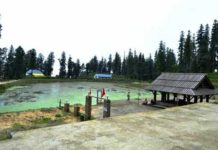 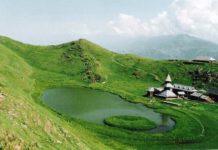 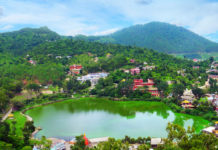 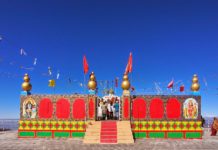