Keylong is the district head quarters of Lahaul and Spifi. At an altitude of 3156 m. Keylong is situated on the main trade route between the Rohtang and Baralacha passes above the Bhaga river. Most of the government offices are located at Keylong. This is also the hub-centre of all commercial activity with a regular bazaar. Naturally Keylong is the most populated and busy village of the Lahaul valley.Three of the best known monasteries Tayul, Kardang and Sha-Shur are within a few kms. from this village.

This beautiful spot is 22 kms away from Keylong and 4 kms ahead of Ghemur. The village is situated at the junction of two nullahs with the main river Bhaga. Jispa has a very large dry river-bed, a rarity in Lahaul.Just on the edge of the river Bhaga is a small PWD rest house. Near this the river is shallow and plenty of trout fish can be caught during summers. The place is virtually an angler’s delight. Good juniper plantation is around this village.

Kaza, the sub-divisional headquarters of Spiti, is situated on the left bank of the Spiti river at an altitude of about 12,500 ft. above msl. The village is overlooked by steep ridges. The otherwise soporific place hums with activity of tourists during summer, who converge here for permits, current exchange, information, accommodation, petrol and to witness the annual trade fair which a number of visitors compare with the fairs in some of the gompa towns of Ladakh.

Khoksar is the first village and gate way to Lahaul. This village is situated at an altitude of 3140 m. on the right bank of the river Chandra. There is habitation on the left bank also. H.P.P.W.D. rest house and Serai are on the left bank. Khoksar remains covered under snow during winters. This village is surrounded by high mountains and is avalanche-prone. Avalanches can be seen piled up even near the river bed. During winters Khoksar is the coldest inhabited place in Lahaul. The river freezes during winters and is covered with snow to afford regular passage for human beings as also for mule traffic.

Suraj Taal or the lake of the Sun god is situated well on the summit of the Baralacha la, a little below an altitude of 16000 feet. The Bhaga river rises in this lake which is situated in a beautiful natural amphitheatre just below the highway. “During winters it remains in the grip of a pall of ice untidy with lumps of frozen snow and jutting stones”. But in the summer season this tarn comes back to its glorious charm, the deep blue of its icy waters reflecting craggy mountains and snowy heights. This is an ideal halting place for having a bite that one might be carrying. No shops or dhabas are available around this place.

The natural lake of Chandra taal is situated at about 14,000 ft above msl between a low ridge and about nine kms from the Kunzom pass. The lake lies in a broad grassy plain which in ancient times was a glacier. The lake is about a kilometre in length and half of it in breadth. Its circumambulation is five kms long. There is a brownish patch “Samundari Tapu” in the middle of the lake which a number of people have tried to reach but in vain. There is a story of a mermaid living in the glacial lake. This is also said that a shepherd from Hansa village in the Spiti valley fell in love with the fairy and spent some time with her under the water. Cranes and ducks abound in the lake. Read More…

It is situated in the altitude of 3500 meters from sea level. It is situated on the bank of Bhaga River which is 5kms from Keylong. In earlier time a capital of Lahul. 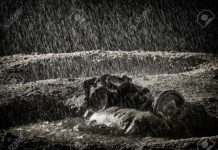 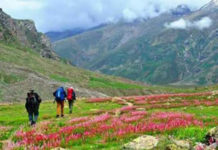 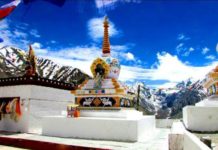