Himachal provides water to both the Indus and Ganges basins. The major river systems of the region are the Chandrabhaga or the Chenab, the Ravi, the Beas, the Sutlej and the Yamuna. These perennial rivers are fed by snow and rainfall and are protected by a fairly extensive cover of natural vegetation.

The Beas (Vedic name Arjikiya and in later Sanskrit Vipasa)

The Beas rises in the Pir Panjal range near the RohtangPass and flows some 256km in Himachal. The river is formed by a number of tributaries, the important being the Parbati, the Hurla, the Sainj, the Uhl, the Suheti, the Luni, the Banganga and the Chaki. It flows through the meadows near Manali through the orchards of Kullu and through the Largi gorge to Mandi in the west.The northern and eastern tributaries of the Beas are snow fed and perennial, while the southern affluent are seasonal. During August, increase in inflow sometimes results in floods. The two independent streams, Chandra on the south-east side and Bhaga of the north-west of the Baralacha Pass join at Tandi in Lahaul District to form the Chandrabhaga of Chenab. t then flows northwards into the Pangi valley of Chamba District near Bhujind. Making its tempestuous way through a deep and narrow gorge, it then enters podar valley of Kashmir.

The Ravi (Vedic name Purushni and in later Sanskrit Iravati)

The Ravi is born in Bara Banghal, Kangra district as a joint stream formed by the glacier fed Bhadal and Tantgari. The river has a length of about 158km and has a catchment area of about 5451km. Chamba lies on its right Bank.

The Satluj (Vedic name Saturdi and in later Sanskrit Shatadru)

The Satluj originates in distant Tibet. Satluj river is the largest of the Himachal’s rivers.It cuts through both the great Himalayan and the Zaskar ranges and crosses the Indo-Tibetan border near Shipkila. Then the river Spiti joins it from the north. Passing through precipitous gorges and narrow valleys it emerges from the mountains at Bhakra. The catchment area of Sutlej in Himachal is 20,000sq.km.

Originating from Yamunotri in Garhwal Himalayas, the river Yamuna enters Himachal Pradesh at Khadar Majri in Sirmaur district, the eastern most part of the state. Tons, Pabbar and Giri Ganga are its important tributaries in Himachal. 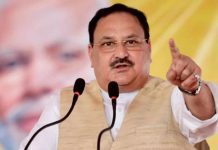 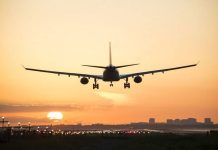