The history of Hamirpur is closely associated with the Katoch dynasty which ruled the area between the Ravi and Satluj rivers in the olden days. It is evident from the “Puranas” and Panini’s “Ashtadhyai” that during the Mahabharta period, Hamirpur was a part of the old Jallandhar-Trigarta empire. Panini referred to the people of this kingdom as great warriors and fighters. The tradition of those people seems to have continued till today, as is evident from the large number of people from the region in Indian defence forces. 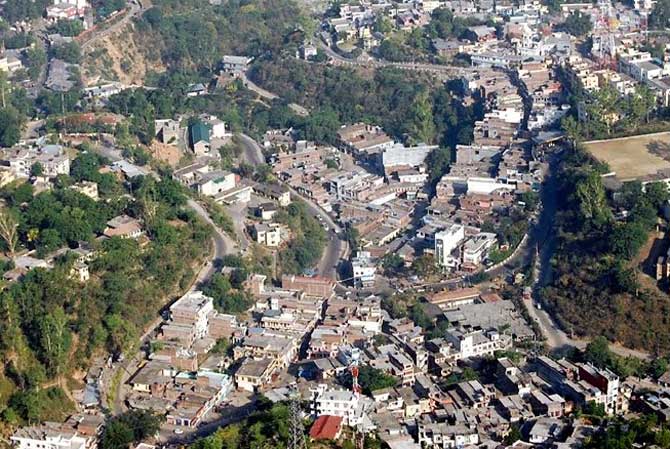 It is believed that in the ancient period, the rulers of Gupta dynasty had set up their sovereignty over this part of the land. During the middle ages, Presumably the area fell under the control of Mohammed Gazani, Timurlang and later Sultans. But with the passage of time, all the aforesaid rulers went away and at the time of Hamir Chand, a Katoch ruler, the area was under the control of ‘Ranas’ (Feudal hill chiefs). Some of the prominent Ranas were, ranas of Mewa, ranas of Mehalta and Dhatwal. There was no time when these feudal chiefs were not in quarrel against each other. It was only the Katoch dynasty which put these Ranas under its control, to ensure an orderly society. The Katoch dynasty became predominant during the period of Hamir Chand who ruled from 1700 A.D. to 1740 A.D.

It was this ruler who built the fort at Hamirpur and the present town of Hamirpur derives its name from this ruler. Hamirpur came to much lime–light only during the period of Raja Sansar Chand-II. He made ‘Sujanpur Tira’ his capital and erected palaces and temples at this place. Raja Sansar Chand ruled from 1775 A.D. to 1823 A.D. He dreamt of establishing the old empire of Jallandhar-Trigarta, which his ancestors had held at one time, Perhaps according to some historians he tried twice unsuccessfully.

The rise of Raja Ranjit Singh proved a great hurdle for his ambitions. Therefore, he diverted his attention towards the local hill chiefs.Hamirpur remained a part of Punjab province until 1st November 1966, when these areas were merged in Himachal Pardesh consequent upon the reorganization of the Punjab. As a result of re-arrangement of the districts in the merged areas on 1st September 1972, Hamirpur was created as a separate district with two tehsils of Hamirpur and Barsar.

It is not a typical “Hilly & Chilly” type of climate in district Hamirpur, as it is closer to the plains. During winter, the climate is cold but pleasant when woollens are required. During summer the temperature is hot and cottons are recommended. Temperature does sometimes cross the 44 degree Celsius mark in summers.

By Air
The nearest Airport to Hamirpur is Gaggal (Kangra). Gaggal Airport is approx. 83 Kms far from Hamirpur.

BY Road
Hamirpur is approachable by road from Shimla, Chandigarh and Pathankot. 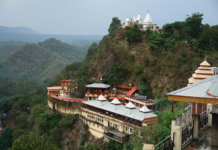