HistoryHistorically, Bilaspur was a part of Kalchuri dynasty of Ratanpur. The city, however, came into prominence around 1741, the year of the Maratha Empire invasion, when a Maratha official took up his abode there and began to build a fort, which however was never completed. 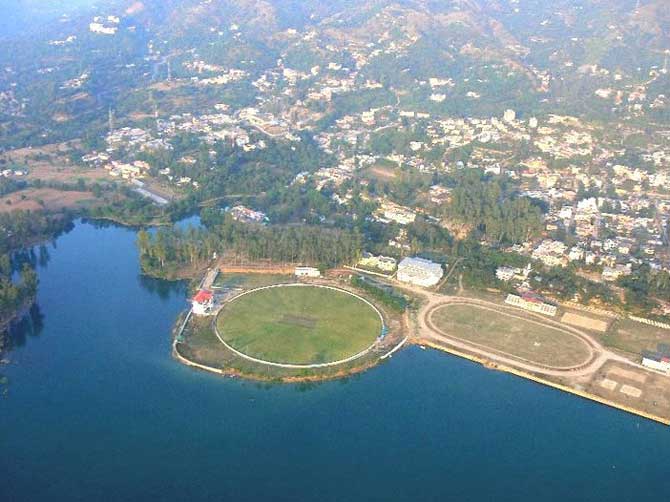 The city was taken over by the British East India Company of Great Britain in the year 1854 when the then ruler of the region, Bhosale of Nagpur belonging to Maratha Empire died without an heir. The management of Bilaspur district was taken over by the British Government in 1818, before this it was under harsh, extortionist Marathaan rule for about 60 years. Bilaspur district was constituted in 1861, followed by Bilaspur municipality in 1867.

The famine of 1897 was followed by two favorable years but in 1899 the monsoon failed completely and the rice crop was wholly destroyed.Guru Ghasidas (1756–1836) started a religious movement Satnamis (meaning the worshippers of Satnam) between 1820 and 1830 primarily around the Sonakhan forests. This religious movement preached that god is not idols or not found in idols but god is synonymous with truth. His community was a farming community, though in Hindu caste hierarchy they have been put in the Schedule caste. The university at Bilaspur is named after him as Guru Ghasidas University.

Railways arrived at Bilaspur in the decade 1880-90, with the arrival of the Bengal Nagpur Railway. In 1888 Mistri Jagmal Gangji laid the first railway tracks from Rajnandgaon to Bilaspur,and in that same year fellow Kutchi contractor Mistri Khoda Ramji built the line from Bilaspur to Jharsuguda, including the bridge over the Champa river.In 1890 the present railway station and yard were constructed by the famous Gujarati railway contractor Jagmal Gangji.

His son Mulji Jagmal Sawaria was later given the title of “Rao Sahib” by the British for his contribution to the development of the town, railways and the district. Jagmal Block and Jagmal Chowk in the city are named after Jagmal Gangji Sawaria.In 1901, the population of Bilaspur was 18,937 and it was eighth-largest town in the Central Provinces of British India. In 1908, weaving of tasar silk and cotton clothes were recorded as the major industries of Bilaspur.

Climate
The climate is pleasant and mild in the winter ( minimum temperature 10 °C, 50 °F). There are medium rains in the monsoon season. The summers are very hot and dry maximum temperature 45+ °C, 113 °F, maximum humidity.

By Air
Chandigarh and Bhuntar are the nearest airports, located at 135-km and 131-km from Bilaspur.

By Road
Deluxe Buses and even ordinary Buses are available from Chandigarh to Biaspur via Kiratpur on the way to Manali crossing Mandi and Kullu. 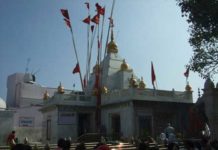 Naina Devi – One Of The Most Notable Places Of Worship