Situated at an altitude of 1600 metres on an average, Solan can be called as a cool station. Lying in the middle of the Parwanoo – Shimla segment of N.H.-22 it has a moderate set of conditions i.e., neither so cold as Shimla, nor too hot as Kalka as the temperature hardly rise more than 32 °C (90 °F).

That is why it is considered as an ideal station from residential point of view. During winters Solan experience little snowfall. Temperatures typically range from −4 °C (25 °F) to 32 °C (90 °F) over the course of a year.

By Air
The nearest airports to Solan are that of Shimla and Chandigarh. You can reach either of the airports by hiring a bus or taxi from Solan. From Shimla, you can utilize the services provided by Jagson Airlines and Deccan Airways, for reaching New Delhi. In case you decide to go to Chandigarh, Simplifly Deccan and Indian Airlines will be at your service.

By Rail
The nearest railway station from Solan is situated in Shimla, on the Kalka – Shimla narrow gauge line. Daily train services are available between Kalka and Delhi. From Kalka, you will have to take the adorable toy train for reaching Shimla. From there, you can get buses as well as taxis for reaching Solan. You can also get down at Kalka and from there, take a bus or taxi to Solan.

By Road
Solan falls on the Kalka-Shimla route, making it easily accessible by road from various parts of India. Buses and taxis are available for reaching there from the cities in Himachal Pradesh and neighboring states. You will easily get taxis and buses, both public and private, for reaching Solan from New Delhi and the seven hour journey will bring forth some of the most awe-inspiring vistas of nature. 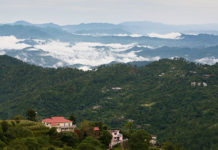 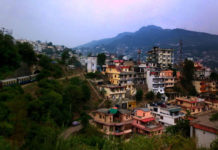